Join Certified Career/Life/Business Coach Jim Arnoff in an interactive workshop that will mirror his model for powerful workshops. Learn the most effective ways to maximize engagement by the participants, incorporate highly effective coaching and elevate the group energy. Hear marketing techniques that  minimize costs, delegate the actual marketing to others and allow you to facilitate with little to no preparation.

You will experience facilitating techniques designed to interact with as many participants as possible,
how to handle thorny questions and the best ways to keep the energy/flow going with ease.

You will take away: 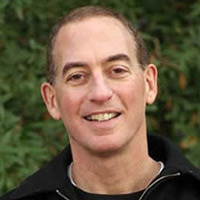 Jim is a Certified Life/Career/Business Coach to the entertainment industry, small business owners, veterans in film and television, women in finance and NYU alumni. Jim is certified by the International Coach Federation and founded the Gay Coaches Collective/NYC.

As a consultant, he shapes pitches, strengthens sizzle reels and works with producers to launch their own production companies. He practices entertainment law in television, film and digital.

Jim is a faculty member of the School of Visual Arts (""Pitching Your Television Series to the Industry Pros"") and guest speaks at NYU and the Fashion Institute of Technology.

We are no longer accepting registration for this event

Home of the Gay Coaches